I was cast in an amazing documentary (currently in production) called MOTIONLESS, narrated by Helen Mirren and will premiere at Sundance. Directed by Ewan Gotfryd, Casting by Lauren Herrel. Look out for it, it’s going to be incredible!!

From IMDB:
MOTIONLESS is a feature-length, social documentary that addresses one of the most under acknowledged and underrepresented disability issues. 1 in 6 of the world’s population live their lives with various Neurological Disorders and Spinal Cord Injuries-the leading causes of Paralysis. Concerns for the quality of life, education, treatment, rights, and even hope are paramount, as this issue affects 1 in 50 Americans alone. This documentary takes a narrative approach as it shines a spotlight on the many hardships faced by these 1 billion individuals. All while raising awareness, hope, and a greater understanding to an unresolved global problem that could affect anyone, at any moment in their life.

On a personal level, the documentary will feature archival footage of my hero – Christopher Reeve. To share an IMDB credit with him has put me over the moon!

Everything from the fitting at the Edith Head Costume Building to the filming at Universal, Sound Stage 6… what an incredible project to be part of.

What a beautiful time to be an actor!

After the fitting (history is here at the Edith Head Costume Building!):

Can’t divulge costume or set, but where the magic happens: 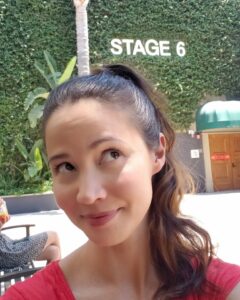 Posted in Industry
Scroll to Top